Employees cannot withdraw a resignation at will

On occasion, employees seek to withdraw their resignation.

The facts of the case were, in the main, common cause.

However, the employee then reconsidered her position and withdrew her resignation stating that her letter of resignation had not been officially accepted by the employer, and that it had never been her intention to resign.

The employer referred the matter to the CCMA on two grounds (1) she had withdrawn her resignation within her notice period when she was still an employee and (2) that the employer was obliged to formally accept or reject her resignation, and because the employer had not done so, she was entitled to withdraw such notice.

With specific reference to an employment contract, it was held that “either party to a contract may resile from the contract” and that “withdrawal from a contract by one party is a unilateral action which does not require the consent of the other party”.  As such, the employer was not required to accept the employee’s resignation in order for the resignation to be or remain valid.

Or as the Commissioner noted further “The employer is not required to confirm whether in fact it accepts the employee’s notice of termination.  The notice itself is a fait accompli.  It does not, in my view, require acceptance”.

The employee’s revocation of her written resignation was held therefore not to have been binding on the employer.  It follows that the employer’s refusal to permit the employee to resume her duties after withdrawing her resignation, did not constitute a dismissal, let alone an unfair dismissal. 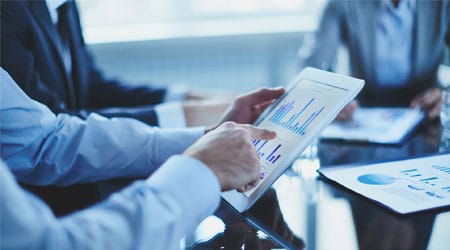 Dismissals that occur after normal retirement age present employers with a specific set of circumstances that differ markedly from all other forms of dismissal.

Section 187(2)(b) of the Labour Relations Act states that a dismissal based on age is fair if the employee has reached the normal or agreed retirement age for persons employed in that capacity.

Predictably, the Commission for Conciliation, Mediation and Arbitration has been required to conciliate and adjudicate disputes relating to post retirement-age dismissals.

The dismissal of an employee who is employed beyond normal retirement date does in fact constitute a dismissal per se, but is deemed to be a termination of the contract of employment due to the effluxion of time, which is fair.

In the CCMA arbitration case of SASBO versus Khayalethu (Case Number FS822) the 70 year-old employee argued that she was dismissed and pensioned by the company because of age, and that this constituted age discrimination as provided for in section 187(1)(C) of the LRA.

She added that the allegedly unfair age discrimination had also amounted to an automatically unfair dismissal.

The Commissioner disagreed with the employee stating in the arbitration award that section 187 of the LRA provided for post retirement-age dismissal.

The employee was challenging the fact that she was compelled to retire on the date on which she reached normal retirement date.

The employee had in fact wanted to work beyond this date, as is often the case.

The commissioner found that the dismissal was fair stating that a contract of employment may be terminated where the employee has reached his/her normal retirement age (see Harris versus Bakker & Steyger 1993 14 ILJ 1553).

“Although I accept that in terms of section 186(a) of the LRA of 1995, the employer dismissed the employee, I am however of the view that this was a normal termination of the employee’s employment by effluxion of time,” the commissioner said, and went on to quote section 187(2)(b) of the LRA.

The dismissal of elderly employees is always likely to raise emotions, particularly when such employees are compelled to work to sustain themselves.

Up until recently, it was not uncommon for the employment of post-retirement age employees to come under threat during retrenchment exercises.

A mandatory retirement age cannot be introduced, or enforced, by an employer without the employee’s consent.  Predictably, employees must be fully consulted when a decision is to be made in the absence of a confirmed normal retirement date or age. 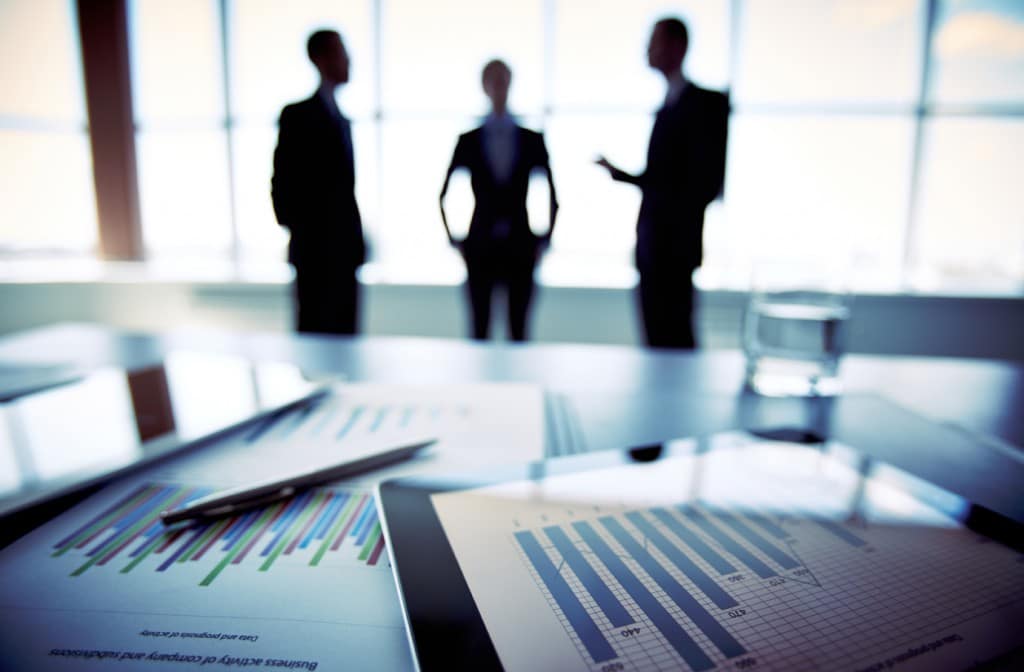 Our firm is frequently required to guide clients in the drafting of employment contracts.

Certain basic content is important.  For example, the starting date and hours of work; if overtime is compulsory, it must be confirmed in the employment contract.

The employee’s title and responsibilities should be clearly stated.

Employers have a statutory obligation to include all information relevant to the various categories of leave, including annual leave, sick leave, family responsibility and maternity leave.

In addition, probationary employee’s, as is in fact the case with post-probation employees, should be provided reasonable training, guidance, support and counseling in the performance of their duties.

Probationary employees may be dismissed on grounds of poor work performance during, or at the end of the probationary period; a performance hearing is however required to be held prior to any such dismissal.

Probation periods may be extended if the employer is uncertain whether the probationary employee has met all of the job requirements to their satisfaction.

It is important to note that probation is a new employee concept, and does not apply to existing employees who are promoted.

It is also, on occasion, prudent to obligate employees to undergo polygraph tests and searches of their belongings and persons.

The nature of the employer may even require the employer to include a confidentiality agreement regarding ownership of all company documents and information both during, and on termination of, employment.

Provision should be made for the employee to have access to, and be educated on, company policies, rules and procedures.  It may well become important at a later date, to prove that the employee had prior knowledge of a company rule if, for example, it is subsequently alleged that the employee is guilty of having breached the rule.

Finally, notice periods must be specified.  Many employers simply apply a thirty day, or calendar month, notice period.  The Basic Conditions of Employment Act stipulates that a minimum of one-week notice period applies during the first six months of employment, two weeks in the second month of employment, and four weeks thereafter.

Hearsay evidence is admissible at times

Hearsay evidence is, in the main, inadmissible, and is best described as evidence tendered by an individual who relays evidence which s/he did not personally witness with his/her own eyes or senses, but heard from someone else.

It is with good reason that hearsay evidence is treated in this way, as hearsay evidence cannot be tested by way of cross examination, and is furthermore typically unreliable as the witness tendering the hearsay evidence may have mistakenly made an error in the interpretation of that communicated to him or her by the source of the evidence.

Hence the need to handle hearsay evidence with extreme caution.

However, that’s not to say that there are not exceptions to this rule; on the contrary, there are.

Section 3 of the Evidence Amendment Act provides that hearsay evidence may in fact be admissible if it is in the interest of justice to do so and certain conditions are met.  The Labour Court addressed this tricky area of law  in the matter of Goitsimang David Mosima v SAPS & 3 others (Case Number J1031/09).

The applicant, at a prior CCMA arbitration hearing, had been found guilty of soliciting and receiving a R700.00 bribe from two members of the public who happened also to be illegal immigrants, with the outcome being that his dismissal was upheld by the arbitrator.  He now sought to have this decision reviewed on grounds that the arbitrator had erred in accepting the hearsay evidence, primarily on the basis that the two members of the public did not testify at the arbitration hearing.

The Commissioner relied heavily on the provisions of the Evidence Amendment Act relating to the exceptions to the hearsay rule, and especially noted that the applicant’s review application required the court to consider the reasonableness of the arbitrator’s decision, and not the correctness of that decision, as would be the case in appeal proceedings.

It was held that “in the first instance the criticism that the arbitrator erred in basing his decision on hearsay evidence bears no merit”.

The provisions of Section 3 of the Evidence Amendment Act were deemed to have justified as the two members of the public whose evidence was admitted in their absence, was justified as they could not be found to testify at the arbitration hearing because they probably had been deported back to their countries of origin.

The applicant’s own version had also in fact corroborated the heresy evidence in that he had acknowledged receiving R700.00, in an envelope, from the two members of the public in question.

The admission of hearsay evidence should none the less be handled with caution, given that in doing so, unreliable evidence could be admitted that does not withstand scrutiny at the CCMA, Bargaining Councils or the Labour Courts.

One of the most eye-catching amendments to recent amendments to labour legislation was the enactment of section 6(4) of the Employment Equity Act, which provides for equal pay for equal value.

The Draft Code of Good Practice on Equal Pay for Equal Value states that “Section 6(4) of the Act, which came into effect on 1 August 2014, provides that a difference in terms and conditions of employment between employees of the same employer, performing the same or substantially the same work or work of equal value, that is directly or indirectly based on any one or more of the grounds listed in sub-section(1) or on any other arbitrary ground, is unfair discrimination”.

The recent Labour Court case of Pioneer Foods (Pty) Ltd v Workers Against Regression & 2 others [C687/15] dealt with the question of whether, or not, employers were entitled, or indeed permitted in law, toremunerate drivers differently based upon their length of service.  Perhaps more particularly, this case addressed the question of whether length of service was prohibited, arbitrary, unfair discrimination in the context of equal pay for work of equal value.

The Court was clear in finding that “Nothing in the EEA precludes an employer from adopting and applying a rule in terms of which newly appointed employees start at a rate lower than existing long-serving employees.Â  This applies whether or not the newly appointed employee had previous substantial experience, whether with the employer concerned or some other employer”.

Interestingly, the judgment continues that “It also applies whether or not the employee had, in the past, rendered services to the employer concerned via a labour broker”.

In this vein, the judgment referred to the Constitutional Court, which has held previously that “it is impossible to regulate a modern country without differentiation and without classifications which treat people differently and which impact on people differently”.

So, the Labour Court has confirmed that equal pay for equal work of value legislation does not preclude employers from discriminating, fairly between employees of various lengths of service, by remunerating longer serving employees at a higher rate than their peers with shorter service.

Even greater emphasis was placed on this by the Labour Court in this judgment when the judgment continued that “Differentiation in respect of terms and conditions of employment on the basis of length of service with the employer concerned is … a classic example of a ground for differentiation which is rational and legitimate and, indeed, exceedingly common … there is quite manifestly a rational connection between using length of service and loyalty of existing employees”.

Interestingly, in conclusion, the judgment noted that “Equal pay for work of equal value is a different concept from equal pay for the same work”.

Besides, the Code of Good Practice on Equal Pay for Equal Value itself “recognises length of service as a factor justifying differentiation in pay”.